A Trip to Paradise: Tremiti islands 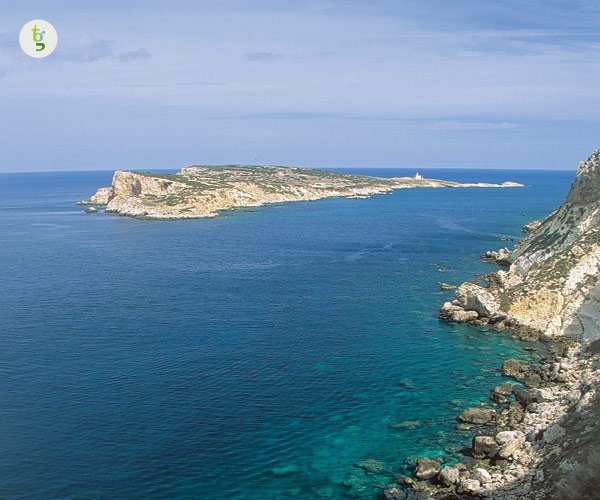 About 10 sea miles from the coast there are Tremiti islands, a group of three small islands: San Domino, San Nicola and Caprara. Located in the most northern part, near the coast, San Dominois the widest and its name comes from an ancient church consecrated to the homonymous Saint; on the opposite there is San Nicola, from the Saint’s name, whose cult spread in the Middle Age; on the most northern part Caprara lies and its name derives from capers, which are numerous in this area. On the opposite side of San Domino there is Cretaccio, un inhabited rock, where the legend says that the ghost of a fugitive wanders through in the night. About 40 metres from Cretaccio there is Vecchia, another  inhabited rock. The little archipelago also includes Pianosa, an uncontaminated and inhabited islands, Architello, a rocky arch in the form of a swan-neck and Grottone, a deep hollow about 10 metres long and 25 metres high.

This wonderful archipelago is a tourist attraction well known for the crystalline transparency of its waters and the ever-mild climate. In fact, they are populated by great number of tourists from April to October. You can visit beautiful Cales such as Cala degli Inglesi, Cala Matano, Cala dei Turchi, Cala degli Schiavoni. There are also a loto f Caves, such as Grotta delle Viole, Grotta del Bue Marino near the light house and Grotta del Sale, where it is said that some smugglers hid salt suppliers. In San Domino you can admire a lot of hotels, restaurants, shops, etc. and in San Nicola you can also visit the church of Santa Maria, in which Pope Gregory XII built an Abbey-fortress, in order fortify the little archipelago. 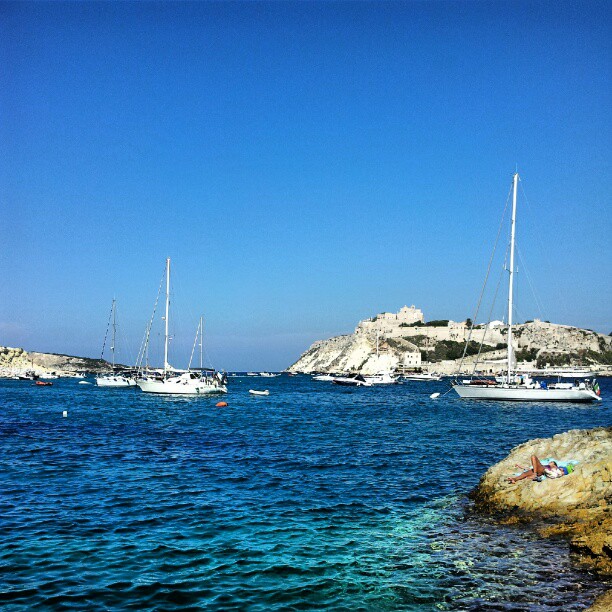 Once known as “ Insulae Diomedeae”, named after the Greek hero buried on the islands and said to return with the cry of the seagulls “ Diomedee”.

Tradition holds that the Emperor Augusto’s niece Giulia died abandoned here and eight centuries later, the historical figure Paolo Diacono was set to the island in the exile by Carlo Magno.

Documentented history of the Island began with the construction of the “Santa Maria a Mare” Abbey, established on the island of San Nicola by a hermit, enlarged by Benedettini monks and fortified by Carlo II D’Angio. Abbandoned following the raid by the by the blood-thirsty pirates of Almissa, exterminating the Monastic Community around the year 1300, the Abbey returned to it’s ancient splendour with the arrival of the Canons Regolari Lateranensiof San Frediano. From then until 1783, the year the Abbey was closedand transformed in a Penal Colony of Borboni. 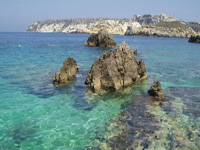 Just a few miles separate the coast of Gargano with the only Archipelago of the Italian Adriatic, where other than the populated beaches and bays, one will find crowds of skin-divers who from the very early hours of the morning explore  the incredible floral and faunistic beauty of the sea. This National Park nature reserve with the desert island of “Pianosa”, situated a few miles from the surrounding islands, extremely well protected where no fishing or barthing is allowed, and only  accessible for scientific studies, is the “quintessenza” of Gargano. A boat trip among the marine caves, most famous being the “Viole” where it’s water change colour whit the reflections of the light, is only one of the many   emotions to be experienced during a stay on the Tremiti Islands.

On the initiative of the province of Foggia, since 3rd of October 1998, the Beato Padre Pio of Pietralcina protects the sea and the inhabitants of the Archipelago Tremitese in the form of the largest statue ever deposited in the sea. Sculpted by Domenico Norcia of Foggia, it is infact situated a little distant from the islands as a welcoming gesture blessing all.